What’s Your Jacket Made Of? 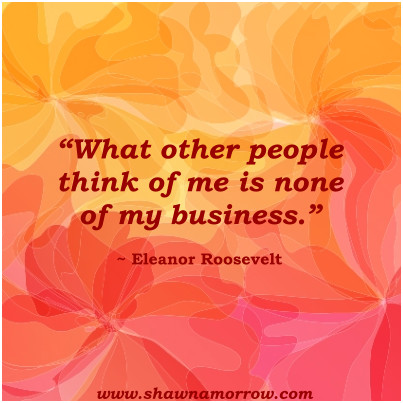 Have you ever judged anyone?

If you say “No,” I know you’re a liar. Don’t lie to me, we’re just becoming friends. It’s not a good way to build our relationship…

Of course you have! And you know how I know that? Because we’re human – we judge. I’m not proud of it, but it’s true. Welcome to being a human being.

I am actively working to not judge people, but sometimes it’s a full-time job.

I try to remember that I don’t know their story, and I don’t know all the facts, so I have no idea what’s really going on. In addition, I have no right to judge them in the first place. (Welcome to one of the many conversations inside my head.)

The issue is when we judge others as a way of making ourselves feel better. It’s soooooooooooo common – and it sucks!

I don’t think most people know that they’re doing it … and now I’ve ruined it for all of you, too. Sorry, not sorry.

We do it because it’s a quick boost to our self-esteem. It doesn’t last long because, inevitably, we feel even worse because now we’re worrying that other people will judge us the way we just judged those people. It’s a vicious cycle.

You know what I’m talking about…

The eye-roll at the mother in the grocery store whose kids are running all over the place or screaming.

The person whose credit card doesn’t work at Starbucks.

The other person digging for exact change when we’re in a hurry.

We’ve all done it. And in that moment, when we are snorting with derision or huffing and puffing to convey how annoyed we are, we are also thinking that we are so much better than those people … that WE WOULD NEVER DO THAT!

I know that we judge others in areas where we want to feel superior, even for a moment.

Each of us has been the person whose credit card didn’t work or who forgot their wallet or who had kids that were screaming.

When you’re the judged and not the judger

This happened to me a few months ago. I took three of my nephews to the Air & Space Museum outside of Washington, DC, and my littlest nephew, who was 4 years old at the time, threw a grade A tantrum in the middle of the museum.

Why? Because kids are irrational at that age, and you can’t reason with them. He didn’t like that I wouldn’t let him lean on the glass … I know, I’m a terrible person.

Cue the screaming and crying…

People walked past me, rolling their eyes, pretending not to see me sitting with a screaming child, and silently judging me. I could just imagine their conversation, “Why can’t she shut that kid up? She should take him out of here. She is a terrible mother.”

HA! I had the last laugh on them because I’m not even his mother! So the joke is on them!

And you know what? I couldn’t have cared less that they were looking at me and judging me on what THEY THOUGHT was going on.

I didn’t care. What they think about me and my sweet little 4-year-old meltdown is NONE OF MY BUSINESS.

So I let him scream and cry for several minutes…

I sat next to him on the bench, I asked him if he was done, and he screamed at me to stop talking to him. So, clearly, he wasn’t finished.

And I continued to sit in peace and wait.

Eventually, he stopped, and we went about our day after a brief recap and apology – him, not me, just for the record – and we caught up with my other nephews who were not acting like 4-year-olds. And thank goodness, because if the 18-year-old pulled that, that would have been quite a scene.

Well, now I know – it’s none of my business.

Eleanor Roosevelt said, “What other people think of me is none of my business.”

I have taken this quote to heart and really put it into practice in my life. I have repeated it to myself several times a day just to put out blogs or speak up in meetings.

It’s a practice, for sure, but it offers freedom that I never dreamt of.

Would you still wear it?

So, have you ever had anyone help you put on a jacket?

You know how they hold it out and you gently lace your arms into the sleeves of the jacket, and then they help bring the collar up around your neck and shoulders…

I always think of movies where the handsome man is helping the beautiful woman put on her fancy coat, and they’re all dolled up to go out for the night. It’s very elegant and classic.

But have you ever noticed what the jacket is made of when someone is helping you put it on?

Is it cashmere? Or silk? Or fleece? Faux fur? Does it feel luxurious?

Did you happen to notice who’s putting the jacket on you? Is it someone you love? Is it a friend? Or are you struggling to put the jacket on all by yourself?

What if the jacket didn’t fit right, but someone was forcing you to wear it anyway? Would you still put it on to appease them? Or to be nice? Or because you don’t want to appear rude?

What if it was a straitjacket? Or what if it’s a jacket made of shit???

Would you still wear it?

I would argue that every time you buy into what someone else thinks about you, you are wearing their jacket made of shit.

They are standing behind you, and you are dutifully (pun intended) putting your arms in the sleeves and wearing that heap of crap – literally.

That jacket is made of their assumptions, their judgments, their criticisms, their opinions, and their stereotypes…

And you don’t have to wear their jacket or their expectations.

You don’t have to put on their jacket. You get to say, “Oh, hell no, I’m not wearing that!” Or you could simply say, “No, thank you,” if you’re more proper than I am … I’m really informal and very direct.

Just because they are holding out a jacket doesn’t mean you have to put it on!

You get to decide what jacket you wear, and if it doesn’t feel luxurious and amazing – DON’T PUT IT ON!

What’s your jacket made of?

So, what’s your jacket made of?

Is it made of kindness, courage, and confidence? Does it feel amazing? Is it made of hopes and dreams? OH, HELLS YEAH!!! Wear that one…

When no one else’s jacket seems to fit you like a glove – and most likely they won’t – create your own jacket.

Make your own rules. Live by your own values and standards. Don’t allow other people to define you.

That’s a job only for you.

Thanks for reading today, and let’s continue the conversation in my Find Your Feisty Podcast Community on Facebook.

p.s. If you’ve ever wondered how gratitude can change your life, I’m offering a FREE 4-week program starting on November 5 called The Month of Gratitude. Each week, we focus on a different aspect of how practicing gratitude can change our lives. Click here for the details.