Not My Finest Moment 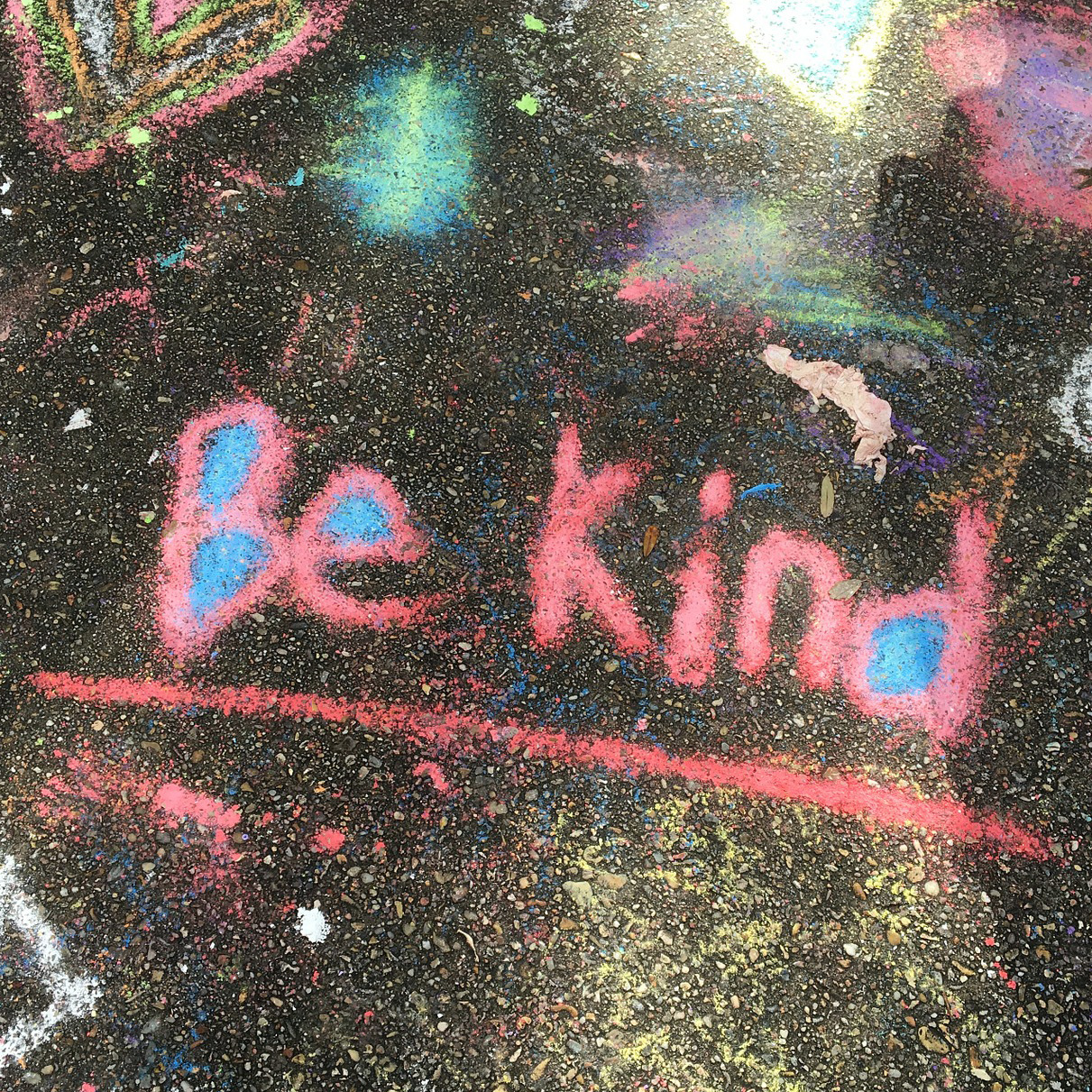 Highlights for Not My Finest Moment

Not My Finest Moment

So, I’m going to tell you a little story about my not-the-finest moment…

My husband Dan and I don’t get birthday presents for our niece and nephews. Instead, we ask them where they want to go and take them places, then take them to lunch or dinner. We spend time with them and create a memory.

Our Day Out with the Kids

Earlier this year, with the kids’ sports schedules, we couldn’t coordinate a time. So, come summertime, we owed the older two a birthday thing, and the youngest one’s birthday was approaching, so we decided to take all four – my niece and my three nephews – to a trampoline place and just let them run wild.

Dan and I coordinated our schedules – I blocked the day off on my calendar, and he took the day off from work – and we made plans with my siblings to take the kids and make a whole day of it.

When we got to the trampoline place, the kids were BEYOND excited. They paired off as they like to do, the older two going one way and the younger two going another way, and Dan and I had to sort of divide and conquer watching over the kids. Everything was going great.

They jumped for an hour or so, and then we took them to lunch at this pizza place that makes fresh pizza, and it was fun, if a little chaotic, with four hungry kids that are buzzing with the excitement energy of being with each other. They love it, it’s fine, AND it’s a little hectic.

The kids crowded around me to watch the pizzas being made, and Dan went to get a table, and then, at some point, he disconnected and was doing his own thing. He’s eating his lunch while I’m doling pizza out to the kids, and he’s just really quiet.

After lunch, we took the kids to get frozen yogurt. I can let my niece get whatever she wants, she’s old enough to manage her own yogurt, but the little ones, the boys, I have to watch them a little closer.

It wasn’t my finest moment. I snapped at him, “Seriously? I don’t want frozen yogurt; I want you to help me watch these kids.”

Soon after, while Dan and I were sharing a table, I looked at him and said, “Hey, are you okay?” Not even realizing that, of course, he’s not okay … I just snapped at him, and he’s probably mad at me.

He looked at me and said, “We are not going to discuss this now,” and I thought, Whoa… because I didn’t even know there was anything to discuss. Something was off, and even the kids felt it – all four kids turned to look at him. He went back to being quiet, and we all ate our frozen yogurt.

Afterward, we went out and headed to the car and were blasted by the heat (it was the end of August). I unlocked the car, the kids all piled in, but Dan and I sort of hung back.

We didn’t really say a lot more, because the kids were sort of melting in the car. But we kind of cleared the air, and went about the day, going to the park and letting the kids run around.

Dan doesn’t normally respond immediately; he has to take some time and process. He thinks about what he’s going to say, and he says it later. That’s how things work for us.

So, later that night, he came back to me and said, “You know what? I did disconnect. I did unplug. And it’s because I can’t hear the kids.”

And I lost it … I started crying.

You see, my husband has a hearing loss and wears hearing aids. I’ve known for a little while that one of his hearing aids wasn’t working as well as the other because he was saying “What?” a lot more. He wasn’t hearing a lot, and I knew, but I didn’t know.

And so when he said that, I was like, “Oh my God.” I hung my head and thought, Here I am getting irritated with him because he can’t hear.

Let me tell you something: I am not a patient person. Not at all. I mean, not even a little bit, and I admit it. I’m not patient. But the ONE thing I have never-ending patience for is his hearing.

But earlier in the day when I was irritated with him, then snapped and barked at him, it never occurred to me that there was something bigger going on. I focused on my own issue at the time – wanting him to be engaged with the kids and me. I didn’t realize that there was a larger issue – that he couldn’t hear the kids.

In the meantime, I’m not aware of that. I didn’t know that he couldn’t hear it, and I ended up snapping at him, which is something I never want to do. My husband is the sweetest person ON THE PLANET, and we just don’t talk to each other like that.

I mean, yes, sometimes – LIFE. We snap and whatever, and we apologize.

But, in that moment when I snapped at him, it never occurred to me that he had something else going on. And so in my not finest moment, I didn’t take into account that there was something bigger going on with him, and I didn’t react in a way that I’m proud of.

But that’s life. And that’s relationships.

Once he told me that he couldn’t hear, I was crushed.

That experience really made me take a step back and realize that there’s ALWAYS something going on with other people that we don’t know about. This is bigger than just this one instance between Dan and me. This is happening in the world all the time.

What happened between my husband and me is just an example of what happens everywhere in real life. People have things going on that we don’t know about or that they don’t tell us about, and we just react to what we see on the surface.

But there’s ALWAYS a bigger story underneath.

So, for our part, we can practice patience and have a better conversation. We can keep ourselves from getting to the point where we snap and bark. It doesn’t have to be a trip from frustration through misunderstanding to tears and regret.

Moving Toward a Solution

After I had a good cry and apologized for being not-my-best-self and acting in a way that I don’t want to be, we made a plan.

Something was wrong, and we had to figure it out. Maybe there had been a significant decline in his hearing, or maybe the hearing aids weren’t working. I told him, “We’ve got to get your hearing checked.”

He made an appointment with the audiologist, and sure enough, his hearing aids were NOT working as well as they could have been. They were five years old and had been working pretty hard every day for probably 18 hours a day.

They could have been serviced or repaired, but the technology has improved so much in five years that we opted to get new hearing aids – which were $6,000 … Six-thousand dollars for hearing aids that his insurance had never covered in the past. I was hyperventilating about spending that much, but you gotta do what you gotta do. It wasn’t a choice; we’d just have to figure it out.

We waited to see what the doctor would say the insurance coverage was, but I was certain that it was going to be zero. Before he went to check the coverage, I said to the doctor, “Look, just do what you can do. Let’s just make our decision based on what he needs versus what insurance will pay for. Let’s just make our decision, and we’ll have to bite the bullet and figure it out.”

We ended up choosing the $6,000 hearing aids because that’s what he needed and what was going to be best for him. And as soon as we made that decision, the doctor walked back in and said that our insurance would pay for 80% of the hearing aids.

I literally burst into an ugly cry in the doctor’s office. I was so relieved that we had to pay out only $1,200 of that $6,000, and I was so grateful that Dan was going to be able to hear really well.

In the audiologist’s office, we did a test where I stood halfway down a hallway with my back to Dan, and he could hear me at that distance even though he wasn’t looking at me.

That gave me this vision of taking the kids out again, with them in the back seat of the car, yelling and screaming that goes on with four excited kids in a car. Maybe they’ll be too loud for him, but at least he’ll be able to hear them.

I just wanted to share this with you, even though it was not my finest moment or my finest way of being in the world, because it’s a good reminder that we never have any idea of what is going on within other people. Unless they tell us, we simply don’t know.

So be kind. React with kindness first.

And I know it can be hard because, clearly, I didn’t do it in this instance! 😊 And I don’t do it all the time, either.

But I wanted to remind you that, until we sit in other people’s shoes and until we really know the path that they’re walking, we don’t know what’s really going on with them.

Before I go, I have no idea where I heard this recently, but it has stuck with me—

“In a world where you can be anything,
be kind.”