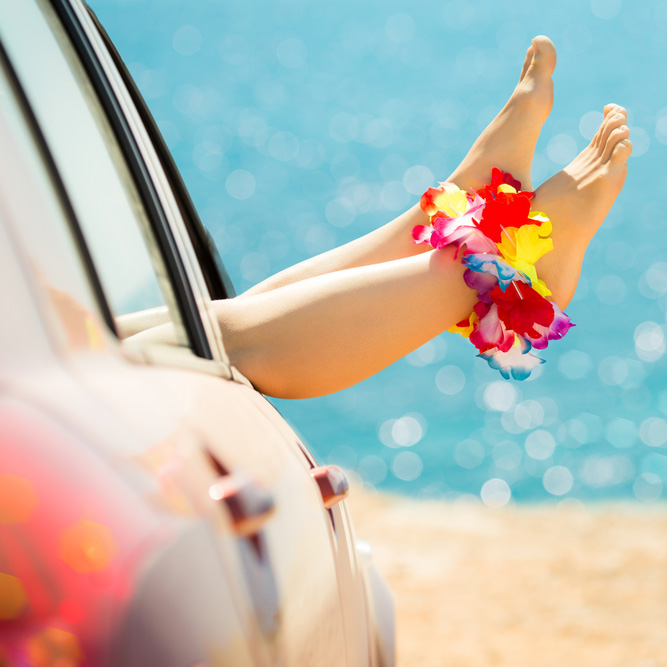 Highlights for Don’t Judge Me

If judging were a full-time job, we would alllllll be billionaires.

Judging others doesn’t make us feel better in the long run, but we are human, and we do judge.

We judge other people and their choices, their bodies, their work, their relationships, their homes … the list goes on and on and on. And other people judge us in the same way!

Personally, I work really hard to be less judgmental because it doesn’t make me feel good. I try to live by “Live and let live,” and if I’m honest, it is a constant practice. When I catch myself saying “Who does that?!” that is my first clue to check-in with what I’m thinking and, generally, what I’m judging.

I don’t like being judged by others, and so I’m trying not to put my own values on other people. I try not to have any expectations for them, but just accept them for who they are, the way they are.

That could work for you, too. Chances are that if you don’t expect anything from anyone, then you won’t be disappointed. If you just allow people to show up as who they are in the way they are, things tend to be a little easier.

Easier said than done, I know, but it is worth it.

How Not to Support a Decision You Don’t Agree With

My goal is to be supportive of other people’s choices, whether I agree with them or not. And, to me, that is coming at things from a place of no-judgment.

So, here’s an example of where I failed at that epically…

When my sister was in college, she came to me and said that she wanted to start working full-time and go to night school, so she could make more money.

And I lost my ever-loving shit.

I did not agree with it, and I was trying to protect her. I knew that education was the path forward for her. I knew that college was what she wanted, and it was what I wanted her for her, too. I was afraid that if she worked full-time, she would never go back to school to finish her degree.

Again, I was trying to be a good big sister, but thank God for therapy, because I had to learn that she gets to make her own decisions, and it’s not up to me to tell her what to do. But at the tender age of 25, I thought I knew better. I thought I knew what was best for her, and maybe I did, but maybe I didn’t.

In the end, she decided not to work full-time, and we figured out other ways to pay for tuition and things like that. it’s not one of my proudest moments of sisterhood, but it shows how much I’ve evolved and how much our relationship has changed that I’ve learned to back off, not judge her, and not tell her what I think is right.

There have been a lot of instances where people in my life have shared their decisions or made decisions that I didn’t agree with. And, here’s the deal: We’ve all survived.

Here’s another example: my niece got married at 18 years old.

I did not understand that. I wasn’t happy about it, but I love her, and I supported her decision because that’s her choice. Now, granted, if she’d come to me 20 years ago and wanted to do it, the less-evolved Shawna would’ve had a different reaction!

Of course, she wasn’t even born 20 years ago, but my point is that I didn’t voice my opinion to her because she didn’t ask for it.

She told she was getting married. And yes, I had feelings about it, I had an opinion about it … but it’s none of my business. My feelings and opinions didn’t matter – she was happy. And fast-forward a couple of years, and she’s still very happy. She made the right and best decision for her.

Later, I had this conversation with her, where I told her I didn’t understand it and didn’t agree with it. Getting married and having kids at 18 years old is not part of how I was raised. It was such a foreign concept to me; I just couldn’t wrap my head around it.

But I still love her and support her, no matter what she does. I don’t have to like it. But if she doesn’t ask for my opinion, I keep my mouth shut.

Recently, someone told me about a young man they knew who’s just graduated from high school and is going into the military. They were like, “I don’t want him to go,” and I was like, “Well, it’s not your business.” I mean, it wasn’t their son, just someone they knew.

Somebody has to do that job, and if this young man thinks that the military is his calling and, at 18 years old, he’s free to make that decision? Well, I feel like it’s our job to wish him well and send him on his way with our best thoughts and intentions. After that, whatever happens, happens.

All over this country, virtually every day, families are dealing with their children signing up for the military and going away, or making the decision not to go to college, or signing up for a trade, or making other decisions that the people around them don’t agree with. And you don’t have to actively pour money into their choice, but you do have to step back and let them make it.

It’s their life. It’s their decision. And if we want to be part of their lives and be included in what they’ve got going on, we have to learn to take a step back and not judge them.

You know, a year ago, my own 18-year-old nephew wanted to go into the military. I love our military and have so much respect for the job that they do and the freedom that they provide for me and for our country, but I wasn’t super thrilled about this choice. I didn’t want him to go.

He ended up not going, but it wasn’t because I voiced my opinion about it. Now, had he asked, “Aunt Shawna, what’s your opinion about this?” I might have given him my opinion, but without him asking, I just didn’t feel like that was my place.

He was excited about his choice. He was looking forward to gaining experience and potentially getting money for a GI bill so he could go to college. And I felt that my part in his decision was just to support and love him … that’s all I had to do.

What to Do Instead of Judging

When we judge, we’re taking something away from ourselves.

In my opinion, we’re damaging ourselves and the person (or people) that we’re judging, and also the connection between or among us, whether it’s our children or our spouses or our neighbors or our coworkers.

Which is why I’m suggesting: What would happen if we could just stay out of judgment? What would that look like?

It looks like, “Huh, I wonder why I decided to do that?”

It looks like being open to possibilities that we didn’t think were possible or that we never even considered.

Back in the day, that conversation with my sister about night school could have been totally different. We could have sat down and had a discussion instead of her coming to me, and then me exploding. We could have said, “Hey, this is how we’re going to map this out, and this is what we can do, and these are all the different possibilities, now let’s pick the best one.” I didn’t even give her the chance to do that.

So for a peaceful life and stronger relationships—

When we can do those three things, it’s like letting ourselves stay in alignment and be in a place of peace while wishing the people that we love well. It’s supporting them in a different way, rather than telling them that we know what’s best for them … because the truth is that we don’t know.

When we say, “Great! Let’s see how this works out for you. I’m excited to be a part of this!” it changes the dynamic of the relationship in a positive way, while judging people damages the relationship because of the lack of trust.

And I think that’s what happened with my sister and me many, many, many years ago. After that, she didn’t feel like she could come to me because when she came to me with her idea, all I did was word vomit all over her. We’ve worked past that now, but again, not my finest moment.

These days, I’ve learned that I feel much better when I can stay out of judgment of other people. Instead, I don’t give my opinion unless they ask for it; I just sit back and support whatever it is they want to do because ultimately, it’s not my life.

Everybody gets to live their own life. We each get one, and we get to live at any way we want to.

And, if we don’t want people judging us, we have to really work hard not to judge others.

And Because the Fourth of July Was Last Week…

In my opinion, not judging others is a different kind of support. It’s support on a cellular level, a grassroots support. It’s building greater support for an entire country by starting with the individual-to-individual connection.