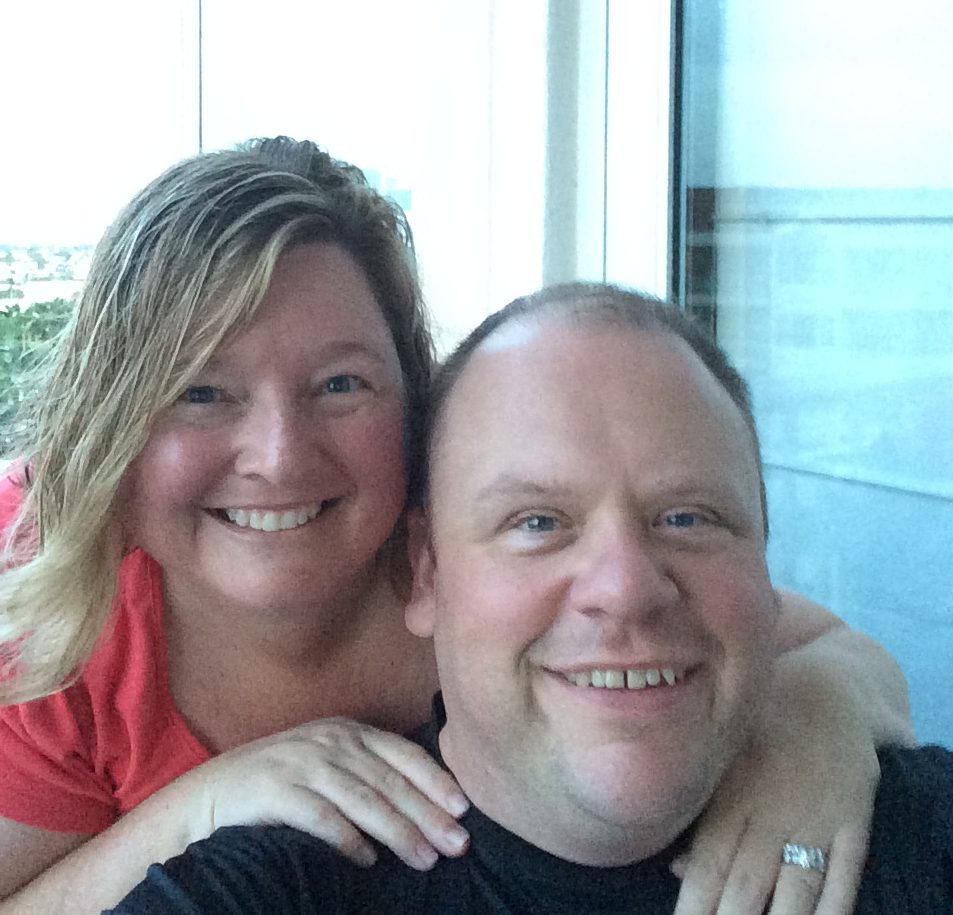 After a devastating breakup, I was humiliated, sad and emotionally unavailable.  In the years that followed, I dated people, but never with my whole heart again.  I had built a wall to prevent myself from being hurt again. Just for the record – this doesn’t really work ….it keeps the hurt out, but it also keeps the happiness out.

As with anything in life, with great risk, comes great reward.  I wasn’t willing to risk it.  I was choosing safety over reward at that point.

My sister would beg me to go speed dating and she would come with me – easy for her to say – she was married!  She only wanted to be my wingman and she’s a great wingman.  She would say, “It’ll be so much fun! Let’s go!”

I didn’t want to make a fool out of myself.  What would I say in 60 seconds?  I would freeze and look insane.

She would suggest that I try internet dating.  I shot that down too!  I’ve heard horror stories about online dating.  Only weirdos are on the internet…

Until I became one of those weirdos…

On a whim I signed up for online dating and I immediately regretted that decision.  I panicked as soon as I hit submit and realized that I had signed up for 6 months!  What had I done?!?!

I thought no one is going to “wink” at me or message me.   I was terrified!  I feared rejection in general and now I’m put myself in a position to be rejected by the entire internet!  I felt like I was so far out of my comfort zone that I would never be able to recover.

Then I went on a few dates.  I can’t even remember anything about them.  Clearly, sparks were not flying.  But it got me out there.  Out of my house.  Out of my sad routine.  Out of my comfort zone.

And then something amazing happened…

Eight years ago today, I went on my last first date.   I didn’t know that at the time, but that’s what it will go down in history as.

I was so nervous and scared I practically chugged a beer the minute I sat down.  We still laugh about that today, but it was not funny then.

I was able to enjoy our date that turned into hours of talking.

The next day, I was so afraid that he would not want to see me again that I lied to my sister when she asked how my date went.  I told her it was ok, but I wasn’t sure I would want to go out with him again.

But I did like him.  We have spoken to each other every single day since that first date.

Over time I learned the difference between being scared because of actual physical harm or emotional pain.

I’ve come to see the emotional pain as the price I’m willing to pay for great love or taking a risk.

I wouldn’t trade time with my now husband, my family, playing with my nieces and nephews, spending time with parents, siblings,  grandparents, cousins, aunts and uncles, loving my dog, connecting with friends.

I’m willing to be scared thanks to a first date at Chili’s 8 years ago.

Since I’ve become willing to feel scared and take the next step anyway, I’ve had so many incredible things happen.  I got married, I’ve become a Certified Coach and I’ve left my corporate career to start my own business.

I’m constantly scared, but it doesn’t stop me anymore.

Allowing fear to call the shots meant I would have missed the greatest person I’ve ever met.  I would not have the amazing life we have built together.  I’m not willing to miss out on other opportunities because of fear.

So what are you afraid of?  Asking for a raise or a promotion?  Changing careers? Going on a date?

I Quit My Job!