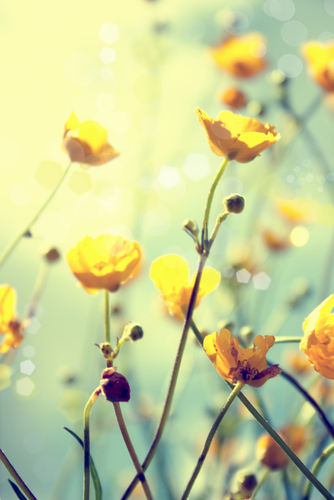 When someone talks about Courage, I usually get the image of a handsome Disney hero, in armor jumping over moats to a castle under attack by fire breathing dragon. I see him making amazing leaps and having unbelievable swordsmanship and unwavering commitment to save the princess inside no matter what happens to him.

When I looked back on things I am exceptionally proud of, I realized not only had they all required courage, but that in the midst of the courage I had been awkward and uncomfortable. I was squirming around and more often than not and chewing my cuticles. And instead of rescuing anyone by slaying anything, my proudest accomplishments had been in just saying something.

For example: I’m actually pretty proud of the time I called my ex-mother-in-law and apologized for blaming her for everything that went wrong in my relationship with her son. Maybe that doesn’t sound like such a big deal to you, but it took some serious girding of my loins. My father, when he heard about my plan, gave me a barrage of metaphors about what happens to people who try to pet wild animals.

But I desperately wanted to put it all behind me – to have the freedom that inevitably comes with real forgiveness. I was less scared of her and mainly scared of my own reactivity in the conversation – of getting really angry again or of hearing some very harsh things said about my character that I didn’t want to hear. But with my eyes on what it would mean for me to have forgiveness for all that, I finally, after a week of squirming, called her. We had a great conversation and I was a nervous bumbling mess the whole time.

With that as my template for courageous behavior, I made a lot of progress. I started saying a lot of things and having some really liberating conversations with lots of people. And then, with this information in hand, my inner mean girl (or IMG to borrow a phrase from Shawna O’Hagan Morrow, a dear friend and a fabulous life coach), said “you are still not courageous enough”…

I don’t know what it is like for you, but my inner mean girl always believes I’m not enough. That’s why she is so damned mean.  To her, I’m not enough of anything. So when it came to courage, I was a coward unless I was courageous about everything.  So unless I really was willing to be on the front line against a fire-breathing dragon I was just a big baby.

The whole concept of courage turned into a pushing, sweating, grunting effort while I screamed “Buck up Buttercup!” to myself…(That’s another phrase I stole from Shawna…)

So I spent the next bit of time (2 years) feeling like I had to dare myself, to scare myself, to push my inner big baby out of the crib. And what I found was that all that squirming and cuticle biting disappeared and turned into a giant tub of ice cream I could hide in. Because if I wasn’t going to “be courageous” then I was a failure and I suddenly had something of which I was ashamed. (Ewww – shame drives us to do just about all of the horrible things we do to ourselves!).

That’s when Shawna and I began to work together on the topic of Shame.  It was last summer. It sucked. It was a horrible, smelly swamp of stuff to confront and muddle our way through. I never even thought whether it took courage to do that – again, I was completely focused on what life would be like if I looked at this stuff straight-on. And that turns out to have been the difference I discovered that made a huge difference in how I lived my life.

It’s easy to take all this very life-coachy advice about daring greatly and summoning your courage on a regular basis and let your IMG twist it into yet another way you don’t measure up. That’s what my inner mean girl does best.

But what I’ve found through my work with Shawna is that being courageous isn’t a pissing contest or an endurance sport. It’s much more lighthearted: like getting on a roller coaster. And now I have a simple checklist that helps me summon my courage from a place of enoughness – from a place where it might actually make a difference to loving your life.  I ask myself, about this thing that I think requires courage, Does this feel like a competition or like riding a roller coaster for me? Is it:

If I’m facing a challenge that I think I need courage also meets this criteria, my courage will always be with me – even when I’m scared witless – it just shows up when I remind myself. If I’m challenging myself because my IMG says I’m not enough – then my only choice is to coerce, shove, and otherwise bribe and white-knuckle my way through it and that is not fun and its pretty demotivating in the long run.

If the only sense of aliveness I get out of doing the thing is the relief of having survived an ordeal, then I’m just abusing the drug of adrenaline. If I am already enough, with my current zone of comfort, to live and love my life just as it is, then dipping a toe just outside the zone is born of curiosity and growth and has no void of “not enough” to fill.

What would your courage checklist look like? These are the kinds of topics and activities Shawna and I want to explore in our upcoming Courage Camp this summer and we hope you’ll join us!