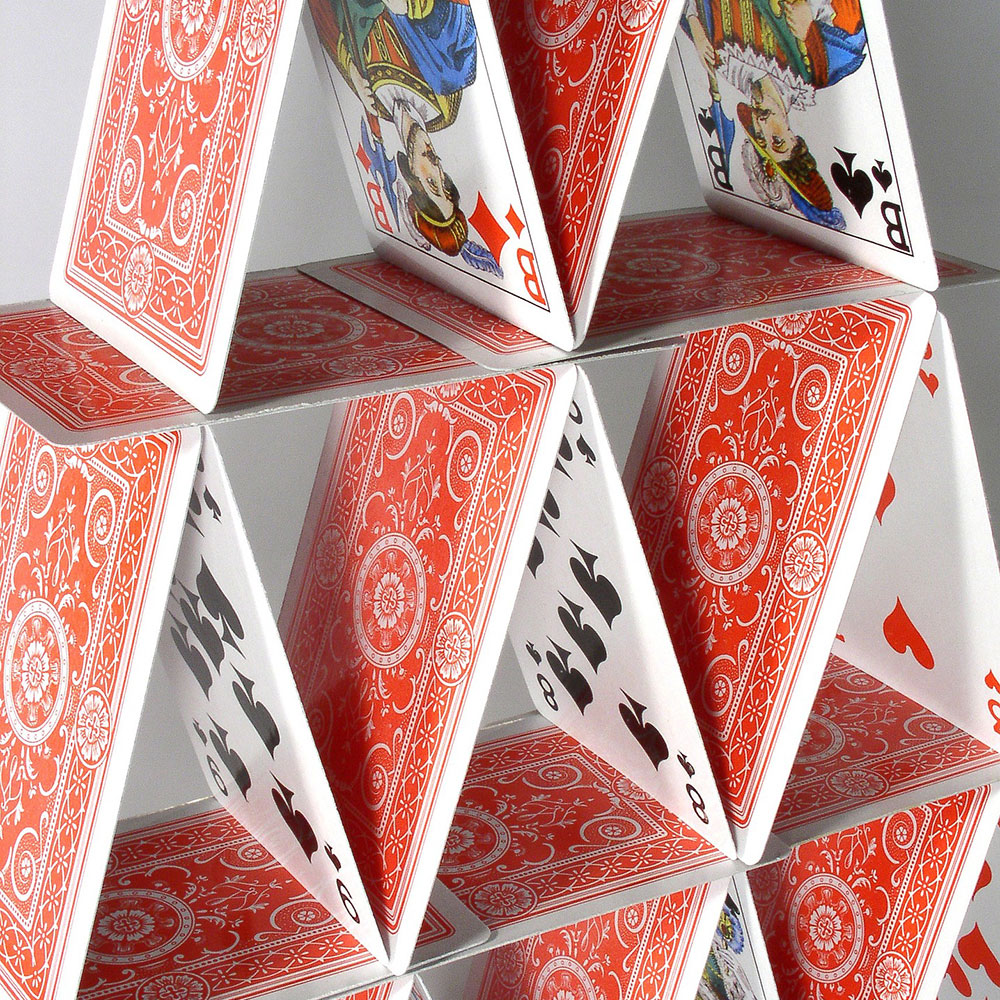 Today I want to talk about accountability, apologizing, and forgiveness – or, as I like to call it, my Moving Forward Magic – because as humans, we have to navigate these three things on a regular basis to get through life. If we fail at any one of them, the house of cards comes crumbling down!

All of our relationships are affected by these three – whether the relationship is personal or professional.

So I decided to do a podcast about all three with hopes that someone listening who struggles with them as much as I did (both giving and receiving) can learn how to move forward and find peace.

Once I understood what they were – and more importantly, what they WERE NOT – I was so much more at peace!

I’ll start with accountability because I think that’s where our humanness begins.

As I’ve said many times: We are human, we WILL make mistakes. And that’s not a problem! It’s how we handle those mistakes that matters … it matters to us, and it matters to the people around us.

Accountability is being responsible or answerable for something. It’s an obligation to explain.

All too often, we see people avoid being accountable for their actions.

Is It Dog Poop or Is It Dirt?

Just two days ago, my littlest nephew stepped in dog shit and then walked into the house. I asked him to check his shoes, AND THANK GOD I DID because, sure enough, he had shit on his shoes.

But he insisted it was only dirt, while I kept saying it was shit. We went ‘round and ‘round about it. The thing was, he was afraid he was going to get in trouble, so he denied the shit on his shoe. But he wasn’t in trouble; I wasn’t mad. I just wanted to clean his shoe off before he tracked dog poop everywhere, and I had to burn my house down! 😀

But his denial was epic!

Is He Easily Hurt or Is He Hurting Because You Hurt Him?

Later, my other nephew hurt his brother when they were playing. I had asked him to stop his hurtful play several times, but he went on with it. When I pulled him aside to ask why he didn’t listen to me and STOP, he said, “Oh, he gets hurt too easily.”

Uh, no! That’s not an excuse! He didn’t get hurt because he’s easily hurt, he got hurt because you hurt him with your actions when you didn’t stop when I asked you to.

But he maintained that his brother got hurt too easily, and for my part, I just wanted to facepalm!!!!!

I told him, “No, you’re not taking responsibility for your actions, and that’s not okay,” and he apologized because I made him, but … eh.

These are kids, but I see this in adults, too.

I used to work with a guy where, any time I pointed out a mistake he’d made, his response made me insane. He would say, “Huh, I don’t know how that happened…”

I wanted to yell: “It’s not fucking magic! Elves did not come in the office in the middle of the night, steal your login, and post incorrect transactions!!!! You did that!”

I have always said, “I don’t care about the mistake, let’s just fix it,” and I’m sincere about that. But as a manager, people need to learn from the mistakes, and I believe that you can’t learn from it if you don’t own it!

Accountability is not that hard, people!

But, apparently, it is.

Emma Turns Things Around (But Not in a Good Way)

Earlier this summer, I witnessed an interaction where someone held someone else accountable, and it was not received well. I’ll call them Emma and Maggie…

Emma didn’t like being held responsible for her bad behavior – not one bit – and she CAME OUT SWINGING! (metaphorically)

She was so masterful that it was scary. Her response was so stealth that we didn’t know the level of her avoidance until it was over, and everyone in the room was proverbially bleeding.

Emma’s lack of accountability caused a huge fight as she turned everything around. She attacked Maggie about something completely irrelevant, all to escape responsibility for her actions.

When people don’t want to own their shit, they will go to extremes to avoid it. They’ll turn the tables or start a fight, as Emma did with Maggie, and also deny, lie, blame someone else, etc. Whatever it takes to get out of it.

Why do people do this? Because they don’t want to get in trouble … they are afraid of the consequences. In some extreme cases, people are narcissists, and so self-absorbed that they aren’t able to see their part. Run from these people!!!

Why do most people lie? Out of fear.

We see it all the time – someone tries to hold someone accountable, and the other person just lies by saying that it didn’t happen.

There’s a 1940s Ingrid Bergman movie titled Gaslight. In the movie, she notices strange things like lights flickering without being touched and missing pictures, but her husband says she removed the pictures and that he doesn’t see the lights flicker – in truth, he’s doing these things and putting the blame on her.

Since that movie, gaslighting is a word used when someone causes a person to doubt their sanity through the use of psychological manipulation.

People will do anything to avoid being held accountable, which is unfortunate because accountability is essential for a healthy relationship. I don’t think relationships can survive without accountability because a lack of it damages trust, and once the trust is gone from a relationship, it’s over.

When people can’t own their shit, their relationships suffer, and the only people who stick by those who lack accountability are Enablers and Victims.

Think about how you want to be held accountable…

Think about how you hold others accountable…

Do you dance around the issue, never being direct, but passive-aggressively hoping the other person will get the message?

It’s simple: The way to hold others accountable is how you want to be held accountable.

Okay, so let’s say that someone takes responsibility. YAY!

But the fun doesn’t stop there … now we need an apology. And for some people, apologies are as hard as accountability. Why is that? My guess is because they have to admit they’re wrong, and their egos can’t handle it.

Or in the case of my coworker, I wasn’t trying to burn him at the stake; I just wanted him to say, “Oh, sorry! Let me correct that.”

A simple “I’m sorry” can go a really long way, but unfortunately, it is that hard for some people.

Apologizing is a regretful acknowledgment of offense or failure, and it’s absolutely necessary to move forward.

Part 2 is a sincere sorry for hurting someone. It’s quite simple – you’re either sorry you have hurt someone you care about, or you’re not.

Sometimes “I’m sorry you felt that way” works, but sometimes it’s a passive-aggressive dig (and I’m guilty of doing both). It all depends on the level of sincerity.

The third and last piece is making amends, which means learning from your mistakes, doing better, not doing that again, and working on setting right whatever you screwed up.

Say you’re sorry, sit with the mess you’ve made, and do better – PERIOD.

You don’t get to demand an apology in return just because you’re feeling vulnerable and exposed.

Your actions may have consequences, and your apology doesn’t wipe them off the board so you can pretend like it never happened. An apology is not a Get Out of Jail Free card.

I used to think that forgiveness meant: It’s okay you treated me so badly. Don’t worry about it – it’s all good. I can’t wait for you to screw me over again…

I thought that if I forgave people, I was giving them permission to hurt me, and that lack of understanding made it difficult for me to let things go and move forward.

I was always so conflicted because I knew that people shouldn’t treat me that way, but at the same time, I was supposed to forgive them. Really? But, how could I stand up for myself AND forgive them?

It was a very confusing first 40 years of my life.

Then one day I was watching Oprah’s Life Class, and Iyanla Vanzant defined forgiveness, and her take on it blew me away…

She said that forgiveness was accepting that we can’t change the past and that we are willing to move forward.

Forgiveness wasn’t at all about allowing people to hurt me – as I’d thought for my entire life!

Forgiveness is a gift you give yourself. It’s not something you give to the people who hurt you because they deserve to be forgiven, but because you deserve the peace that forgiveness will bring to you!

I was always told to be the bigger person, and in my world, that meant to let go of the hurt someone else has caused, don’t hold them accountable, and rise above it.

But when I did that, I ended up being hurt over and over again because the other person never took responsibility or apologized, and I just magically LET IT GO.

Meaning that I ate my feelings, but that’s another blog post.

Just like apologies, forgiveness isn’t some magical free hall pass to keep hurting people. That’s called a cycle of abuse – bad behavior from you, someone else gets hurt, you get forgiven, and repeat.

NO! That’s not how this works!

Part of the apology process is making amends, and that means learning from your mistakes, and not making the same ones over and over again!

The truth is that when you get stronger and stop allowing people to treat you in ways that you find unacceptable, you will lose people.

You will lose the people who don’t want to take responsibly and who can’t apologize.

I was so concerned with what other people might think that I stayed around toxic people, and I allowed them to repeatedly hurt me and disrespect me.

But this is a new Shawna – and she’s a feisty one!

Would you allow someone to punch you in the face time and time again…? I hope not! And yet people can say cruel things to us, disrespect us, and mistreat us, and we allow them to do that.

Accountability, apologies, and forgiveness. That’s not an easy process … we all know this.

You do it. You go through it. I’ve done it; we all do. Maybe we were a little wobbly, but we did it.

My hope is that now you’re armed with this trio that can help you get to a better place. Maybe you do this work on your own, maybe you do it with others – but maybe the people around you aren’t interested.

Well, we can’t force people to follow these steps with us, but we always have the option to follow them ourselves.

And our peace is worth more than any relationship.

Sometimes we have to be willing to let go of a relationship to find our own well-being. Mae West said it best—